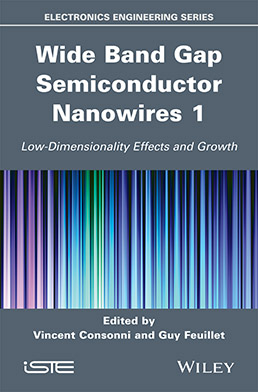 
Over the last ten years, GaN and ZnO nanowires have emerged as potential building blocks for the next generation of optoelectronic devices including LEDs, lasers, UV photodetectors and solar cells. This has led to an increasing number of publications in the field, which now outnumbers 10,000. In view of this wealth of information, this two-volume series is intended to give a detailed status of the research topic dedicated to GaN and ZnO nanowires. In particular, dealing with these two different but closely related semiconductors yields valuable comparisons and benefits the general understanding of this subject, helping promote the development of related optoelectronic applications.

The comprehensive books gather review articles written by pioneering and world-leading scientists at the forefront of basic and applied research, covering all aspects from low-dimensionality effects to optoelectronic devices through to nanowire growth and their related heterostructures.
This first volume centers on the physical properties of GaN and ZnO nanowires that are specifically related to low-dimensionality effects. It also focuses on their nucleation and growth mechanisms by different physical vapor and chemical deposition techniques. This first volume serves as a toolbox for designing and fabricating nanowire heterostructures for dedicated optoelectronic devices, as detailed in the second volume.

This book is of interest not only to physicists, chemists or materials scientists interested in the topic of one-dimensional nanostructures and their optoelectronic applications, but also to semiconductor scientists already in the field but looking for an extended overview.


Vincent Consonni is Associate Research Scientist at CNRS (French Center for National Research) in France. His research has focused on the chemistry and physics of crystal growth and of condensed matter for micro- and nanostructures involving GaN and ZnO nanowires.
Guy Feuillet is Senior Research Scientist at CEA (French Atomic and Alternative Energy Commission) in France. He has initiated and coordinated many internal R&D programs (GaN and ZnO nanostructures, X-ray detection, solid state lighting) during his work at CEA. He is a permanent member of the scientific advisory board at CEA/LETI. 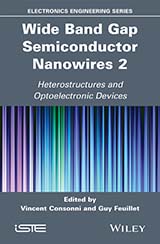