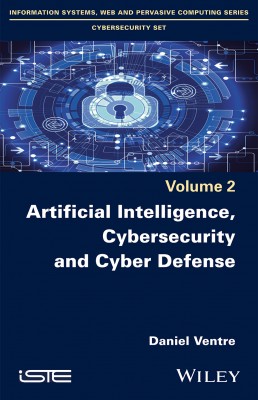 
Artificial intelligence, since its birth in the 1950s, has captured the attention of defense agencies around the world; yet it was only after twenty years that it met with real success in the application of expert military systems. Today, artificial intelligence is fully involved in the transformation of cyberspace, and the militarization of it.

Artificial Intelligence, Cybersecurity and Cyber Defense retraces and analyzes the path taken by artificial intelligence in the fields of security and defense around the world (in the United States, Russia, Europe, Asia, etc.). In the era of cyberspace, cybersecurity and cyber defense, artificial intelligence is being used to serve new military doctrines and strategies. Due to the potential effects and difficulty of control, however, the envisaged uses raise numerous questions – not only at tactical and operational levels, but also at strategic and political levels.


Daniel Ventre received his PhD in Political Science from the Université de Versailles Saint-Quentin-en-Yvelines, France. He is a researcher at the CESDIP (Centre de Recherche sur le Droit et les Institutions Pénales) Laboratory, Guyancourt, France. He is also a lecturer at Telecom ParisTech.

Cybersecurity in Humanities and Social Sciences