Towards a Geometrization of Thermodynamics 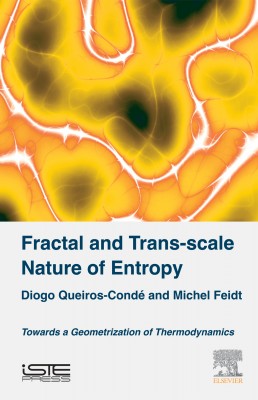 
Entropic-skins geometry and a scale-entropy diffusion equation have previously been developed and applied to describe turbulent flames in combustion, the phenomenon of intermittency in turbulence, the large-scale organization of galaxies in astrophysics and other complex systems. This book combines these approaches to propose a trans-scale geometrical interpretation of entropy in thermodynamics and physics.

Composed of six chapters, Fractal and Trans-scale Nature of Entropy begins with an introduction to geometrical tools. This describes the entropic nature of energy and its dichotomic exergy–anergy structure. There is also an entropic description of heat transfer. Chapter 2 offers a simple interpretation of black hole entropy and the Bekenstein–Hawking temperature. This leads on to a geometrical theory of black-body radiation by analogy with the field of turbulence in Chapter 3, along with an entropic interpretation of the temperature of cosmic microwave radiation. Chapter 4 proposes a fractal interpretation of Tsallis and Kaniadakis entropies. Finite physical dimensions thermodynamics is presented in Chapter 5 in the context of a multi-scale approach of thermodynamics. Finally, Chapter 6 gives a geometrical interpretation of chemical potential based on the concept of scale-entropy mixed with scale-dependent fractality.


Diogo Queiros-Condé is Professor at the University of Nanterre, France. His research, based on a scale-entropy diffusion equation, concerns turbulence, energetic systems and their optimization through exergetic analysis, entropy fatigue in materials and entropy and exergy for ecosystems.

Michel Feidt is Professor Emeritus at the University of Lorraine, France, in the Laboratory of Energetics, Theoretical and Applied Mechanics. His research mainly focuses on the optimization of thermal machines by developing finite physical dimensions thermodynamics. 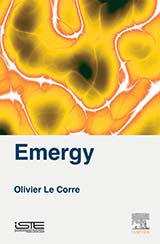