Location Strategies and Value Creation of International Mergers and Acquisitions 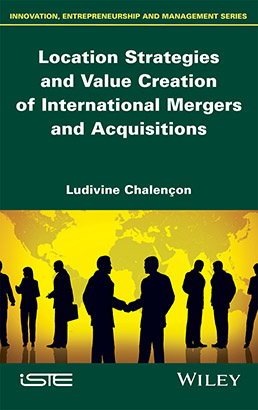 
The globalization of markets and changes in the economic environment are prompting companies to accelerate their international expansion through mergers and acquisitions. The research presented in this book is based on a sample of 395 mergers and acquisitions carried out by French companies worldwide. It has two components: (1) the study of the purchaser's choice to undertake operations in mature or emerging countries; (2) the identification of the determinants of value creation of mergers and acquisitions.
The results reveal that the characteristics of the target country, and particularly the quality of the institutions, are decisive in the choice of the acquirer to carry out transactions in emerging countries. It turns out that the variables associated with the acquirer and the transaction exercise a significant influence on the value creation of the transactions.
This research is based on a doctoral thesis awarded by the French Association of Mergers and Acquisitions Managers (ARFA) in 2015, which brings together the heads of mergers and acquisitions of the CAC 40.