Consequences of an Unraveling Debate 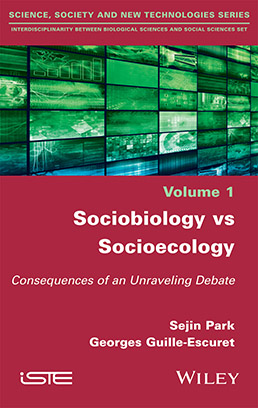 
As a theory, sociobiology is opposed to socio-ecology, a discipline hampered since its birth. The indictment of the ideological intentions of the first has obscured the notion that the growing domination of the image of the “selfish gene” has obstructed the necessary rise of the second.

For 40 years, a terrible force of inertia has thus frozen the global analysis of socio-ecological interactions outside the theoretical bias externally imposed on social sciences by so-called “behavioral ecology”, which amounts to a simple emanation of sociobiology. This book summarizes the methodological abuses and the illusory legitimations of a school whose sterility can no longer be concealed, but which is preparing to reinvent itself by cynically replacing its faltering laws by hijacking the recent advances in epigenetics.

The authors shed light on unjustly sacrificed paths in the study of socio-ecological interactions.


1. From Altruism to Sociobiology: Historical and Epistemological Summary.
2. The Illusory Endorsement of Insects: Omissions and Arbitrary Choices.
3. Gray Langur Society and Chimpanzee Culture.
4. On the Specificity of Human Sociality.
5. The Sociobiological Force of Inertia and Socioecology Challenges: Conclusion.


Sejin Park is a researcher at the Institute of Cross Cultural Studies at Seoul National University in South Korea.

Georges Guille-Escuret is Director of Research at the French National Center for Scientific Research (CNRS) and a doctor of anthropology and animal biology. He has written numerous works on the conditions for cooperation between the social sciences and ecology. 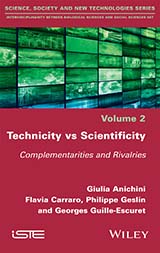 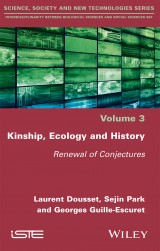