Evolutionary Radiations in the Fossil Record 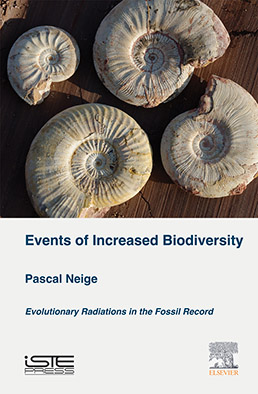 
This book presents the phenomenon of evolutionary radiation, as seen in the fossil record, by exploring its causes through the analysis of concrete examples using current and past paleontological data, which have contributed to the recognition and later analysis of these phenomena of diversification.

Biodiversity arises from a long series of sometimes-sudden events, where evolutionary radiations form part of the story, as do extinctions.

Throughout the book the use of illustrative examples represents well-known cases of evolutionary radiations in the fossil record. The author gives a general introduction to biodiversity as we know it today, then analyzes the fossil record in greater detail through concrete examples.

This title serves as an effective introduction to the phenomena of diversification of life, for a broader audience interested in science in general and paleontology in particular, but also for university students who can benefit from the explanations and ruminations about these issues of diversification in the biological world, and of how that issue is approached in paleontology.


Pascal Neige is Professor at the University of Bourgogne in Dijon, France. His research interests include macroevolution, macroecology and morphological disparity.