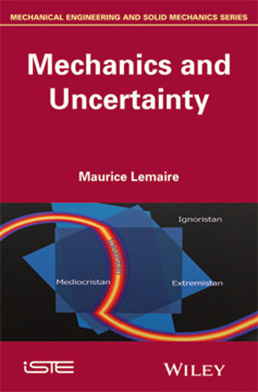 
The relationship between mechanics and uncertainty is a complex one. Mechanics is used to denote a science, a set of technologies and an industry. Science tells us it is impossible to create an entirely deterministic model. Technologies are subject to limits of robustness and reliability, and in industry we must be aware of dangers generated by products and systems throughout their lifecycle. Uncertainty plays a very real part in all human creations and, indeed, in life itself.
The aim of this book is to encourage reflection on scientific advances relating to mechanical design in an uncertain context, and to introduce the main tools used by engineers to justify their innovations and demonstrate an acceptable balance between performance, robustness and reliability. It highlights advances in the domain, whilst also identifying areas where conceptual progress still needs to be made.
After an introduction situating the context of the book and its plan, Chapter 1, Understanding Uncertainty, concerns the relationship between uncertainty and reality, with the key concepts of robustness and reliability as well as the approach to robust design. Chapter 2, Modeling Uncertainty, describes the modeling tools, both probabilistic and non-probabilistic, of data and behavior, and also covers analyses of sensitivity and reliability. Finally, Chapter 3, Decision Support Under Uncertainty, illustrates the necessity of incorporating contradictory preferences for an optimum decision and the book concludes by underlining the barriers towards progress in the science of uncertainty in mechanical design.


—————————————————————
Cover: The cover illustration is based on a work by Horacio Garcia Rossi, discovered by the author in the course of a visit to the Hermitage Museum in 2008, entitled “ electric color light - chaos program ”. Horacio Garcia Rossi was a visual artist, who was born in Buenos Aires, Argentina, in 1929 and died in Paris on 5 September 2012. This particular work is remarkable in that it clearly shows that, while a zone of intense light exists, it only forms a fine brush stroke in a structured space of much more limited certainty; to use terms coined by Nassim Nicholas Taleb, this is a map of the territor- ies of Mediocristan and Extremistan, with two new additions, Ignoristan and Idealistan. Horacio Garcia Rossi’s work is particularly useful in reminding researchers and engineers that their vision is often limited to a small, brightly lit zone within an im- mense field of poorly-lit territory, where their talents would be of considerable use.
The author wishes to thank Barbara Garcia Rossi for permission to use her father’s work.


Maurice Lemaire is Emeritus Professor at the French Institute for Advanced Mechanics in Clermont-Ferrand, France and Scientific Advisor of Phimeca Engineering S.A. 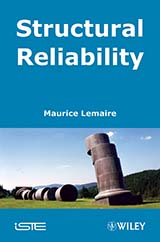