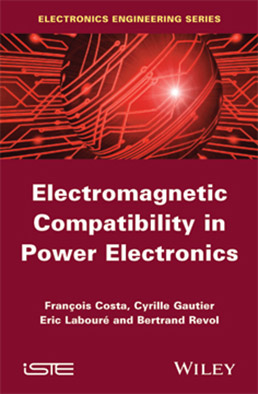 
The increasing demand for electrical energy in ground and air transport is leading to the extensive use of equipment based on power electronics. Progress in power semiconductors, the technology at the heart of these devices, has enabled us to greatly increase their energy density with an excellent yield. However, the wide dissemination of these technologies, and the rise in the frequency and speed of the switching of semiconductors is leading to a significant increase in the electromagnetic pollution that they produce.
The phenomena of electromagnetic compatibility in power electronics are discussed and illustrated by the authors of this book using concrete cases from industrial applications. Starting with the concept of a switching cell, the emission of electromagnetic disturbances is explained, modeled, and then the approach is generalized for more complex systems. Finally, specific means for the reduction of parasitic phenomena are given, more particularly aspects related to power electronics, filtering and shielding.