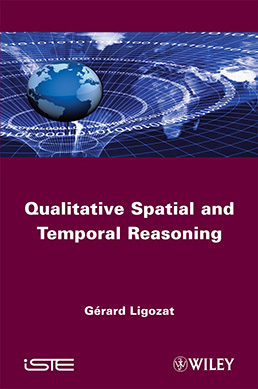 
Qualitative reasoning about time and space is concerned with processing knowledge which is qualitative, rather than quantitative, in nature, such as: "event A happened before event B", or "the market place is located in front of the church". The domain has been explored extensively over the last two decades, especially in relation to its links to constraint-based reasoning in computer science.

Besides its numerous applications (planning, robotics, natural language understanding, GIS, location-aware information systems), it has many connections to theoretical fields such as algebra and topology. This book provides an introduction to the main directions of present day research (including less discussed aspects such as fuzzy reasoning or connections to model theory) with an emphasis on algebraic, topological and geometric aspects.

It is intended as an introduction to the domain and a presentation of the state of the art for PhD students, young researchers, or researchers new to the field. It aims at providing the readers with sufficient knowledge and information to start their own research in the domain qualitative spatial reasoning. It could also be of use to developers who are working on specific applications using spatial of temporal components (such as GIS, or temporal or spatial databases).


Gérard Ligozat held the position of Researcher in Mathematics and Computer Science at the CNRS, and was a Professor of Computer Science at the University of Paris-Sud, France. He was offered a professorship in computer science at Adam Mickiewicz University, Poznan, Poland, where he taught Artificial Intelligence in 2008. He has been working on the subject of qualitative temporal and spatial reasoning for the past 25 years.