From the Notion to the Concepts 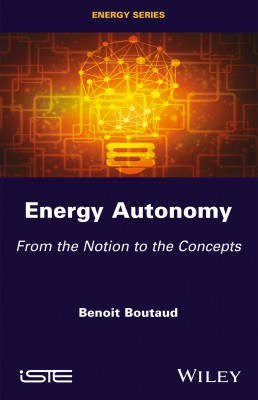 
Energy autonomy is an emerging concept that is, as yet, poorly identified in France. It can mean taking ownership of certain issues related to energy, its production, or, indeed, becoming self-sufficient, and it can apply equally to individuals, communities and buildings.

While there are numerous new developments – renewable energies, smart grids and self-consumption – it is becoming difficult to know what this idea of “autonomy” covers, just as it is difficult to define “independence” and “self-sufficiency”, which are often associated with it. However, these three concepts are key to thinking about the energy system and deciding its future. Covering distinct ideas, they are often reduced to economic and productive factors. This ambiguity in their meanings is responsible for the misunderstandings, delusions and obstacles that hamper the implementation of the energy transition.

This book deconstructs the common idea of autonomy in favor of a set of more operational concepts. It demonstrates that these ideas are not interchangeable but rather represent practical and constructive tools for action. The world of energy is changing, and therefore we must rethink energy autonomy.

Part 2. The Energy Autonomy of Territories, a Legal Issue
7. Local Authorithies Territories, Framework of the New Energy System.
8. Energy, a "New" Competence.
9. Autonomy Seen Through Positive Energy Territories.
10. "Autonomy", from Slogan to Instrument.
11. Energy Autonomy: Local Authorities Within a Sovereign State.
12. The Value of a Legal Perspective.
13. Territorial Energy Independence: A state Issue and a Nonsense for a Community.


Benoit Boutaud holds a doctorate in Human and Social Sciences and is a leading expert on energy issues in France. He conducts research at the European Institute for Energy Research in Germany. 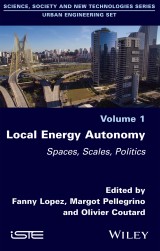