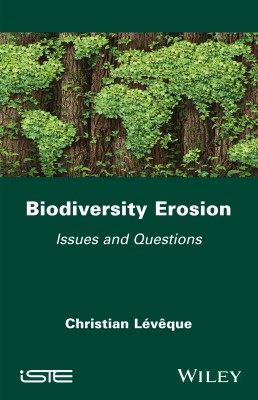 
The erosion of biodiversity is currently highly publicized. Militant movements accuse humans of destroying nature and being responsible for a sixth mass extinction. However, this anxiety-provoking message is sometimes based on misconceptions, false or partisan ideas, and media relays that favor and amplify alarmist information. If the situation of certain populations is worrying, it is not a general phenomenon because others are expanding. Rather than holding a globalizing discourse, it is necessary to recontextualize and relativize the debate to better define the necessary actions.

Biodiversity Erosion analyzes numerous scientific publications, as well as alarming discussions, emphasizing the multiple biases present in the way information is presented. This book questions the relevance of the notion of species and the desire to compile an inventory of all living things. It argues for a less Manichean approach to our relationship with nature.


Christian Lévêque is Honorary Director of Research at the Institut de recherche pour le développement, France, Honorary President of the French Academy of Agriculture and a specialist in the ecology of continental aquatic environments. He is the author of numerous works on ecology and biodiversity.