Embryogeny and Phylogeny of the Human Posture 1


A New Glance at the Future of our Species 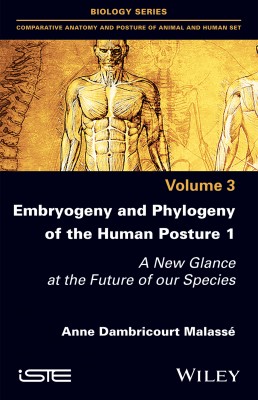 
The future of the human posture is in the spotlight. The 200-year-old locomotion paradigm can no longer resist the advancement of knowledge, yet 2,500 years of thinking on the place of verticalized human anatomy and its reflexive consciousness in the natural history of life and the earth, is more relevant than ever.

This book retraces these reflections from presocratic philosophers, focusing on the link between verticality and the most complex and consciously reflexive nervous system on the top rung of the ladder of living beings. The origin of animated forms, or animals, was considered metaphysical until the 19th century but reflection on their inception, from fertilization, paved the way for mathematics of infinitesimal geometry and dynamics. The simian filiation was inconceivable until Jean-Baptiste de Lamarck bridged the gap in 1802 with the locomotion postulate to explain the transition from quadrupedal to bipedal posture, sustained by the hypothesis of inheritance of acquired characters. This doctrine was overturned in 1987 by the discovery of the embryonic origins of the straightening – specific dynamics linked to neurogenesis – confirming the natural place of human verticality and nervous system complexity with its psychomotor and cognitive consequences. Sapiens find themselves at the physical limit of the straightening while mechanisms of gametogenesis have never ceased in making neurogenesis exponentially more complex. Is the future exclusively terrestrial or does intrauterine hominization open up new perspectives for space exploration? Posturologists, occlusodontics, osteopaths, cognisciences – all anthropological sciences exposed to human verticality are concerned with this discovery, which allows Sapiens to face their natural destiny.


Part 1. The Vertical Human: Philosopher of Nature
1. Anthropos, the First of the Animals.
2. From Aristotle to the 16th Century: The Eclipse of Science.
3. The 16th Century: From Generation to Human Physiology.
4. Centuries in Search of Light.
5. The Century of Naturalistic Enlightenment.

Part 2. The Place of Humans among Current and Fossilized Primates
6. From Natural Curiosity Cabinets to the First Primate Collections.
7. The Transition from the 18th to the 19th Century: Birth of Paleontology and Comparative Anatomy.
8. The Slow Recognition of Humans’ Simian Origins.
9. Embryology, Fixist Anthropology and the Neanderthal Man.
10. The Decline of Transformism at the Muséum national d’Histoire naturelle.
11. Transformist Paleontology Inaugurates the 20th Century.


Anne Dambricourt Malassé is a paleoanthropologist at the French National Center for Scientific Research (CNRS) attached to the National Museum of Natural History, at the Institut de paléontologie humaine, Paris. She studies the straightening of the nervous system in the primate lineage that leads to human posture and questions its future after having demonstrated its embryonic and phylogenetic origin in 1987. 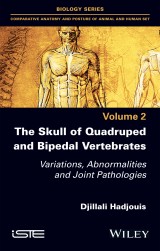 The Skull of Quadruped and Bipedal Vertebrates