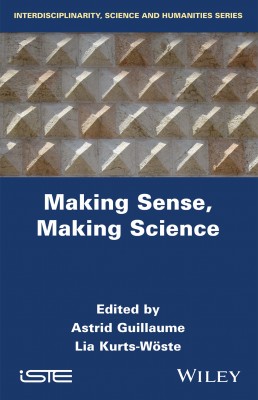 
The cultural sciences are now being re-established as an important paradigm for demanding interdisciplinarity and for considering the responsibility of researchers in their work.

Making Sense, Making Science demonstrates the federative relevance of the methodology of the cultural sciences and semiotics of cultures, using critical, historical and comparative principles to approach both cultural objects and the disciplines that account for them. The scientific activity that has been ethically rethought in its dimension as an interpretative act, responsible for human and natural beings, is recorded here both in time and at a given time (diachrony and synchrony).

This book invites the renewal of academic thought and disciplines, and innovatively reconnects the language sciences to the scientific, artistic and ethico-political spheres.

Part 2. Hermeneutics of Science, Hermeneutical Sciences
4. On the Philosophy of Mathematics: Reflections on “MakingScience”, Based on Cavaillès, Franck Neveu.
5. The Semiotic Articulation of Textual Meaning: Significance, Signification, Designation and Expression, Régis Missire.
6. Semiotics of Cultures and Theoretical Hybridities: For a Renewal of Thought, Astrid Guillaume.

Part 3. Literature and Arts Sciences
7. Challenges of Non-logocentric Semiotics of Cultures: Explorations Based on Music and the Notion of Significativity, Lia Kurts-Wöste.
8. The Roles of a Semiotics of the Arts: Working Hypotheses for Overcoming the Shortcomings of the Past, Pierluigi Basso-Fossali.


Astrid Guillaume is Assistant Professor (HDR) at Sorbonne University and a member of l’EA STIH in France. Her work focuses on the theorization of verbal and non-verbal semantic transfers and she conducts research in semiotranslation and semiotics of cultures.

Lia Kurts-Wöste is Assistant Professor at Bordeaux Montaigne University and a member of l’EA TELEM in France. She develops semiotic works of cultures and develops elements of synthesis between stylistic, aesthetic, rhetorical and semiotic traditions.