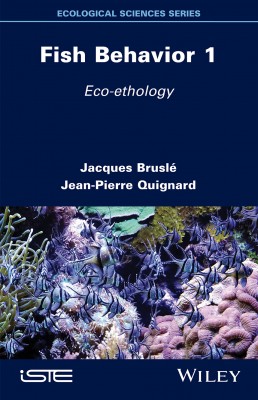 
Advances in underwater exploration, in situ observation of fish populations, as well as the development of cutting-edge technologies, provide modern insights into behaviors and strategies of fish, whose cognitive abilities have long been underestimated and undervalued.

Fish Behavior 1 presents current knowledge about fish biology, ecology and ethology. In light of the most recent scientific work, this book examines the habitats exploited by fish, as well as the strategies and tactics they have adopted regarding the occupation of available territories. It also addresses communication issues between individuals during social interactions.

This book is intended for researchers, teachers, master’s and doctoral students in biology and biogeography, engineers and technicians responsible for the development and protection of natural environments and public aquariums, in addition to aquaculturists, fishermen, environmentalists and ecologists.


1. Habitats: Occupation, Protection and Exploitation.
2. Strategies and Tactics for the Occupation of Available Territories.
3. Communication and Social Life: Behaviors Related to Social Interrelations between Congeners, Parasites and Predators.


Jacques Bruslé is Honorary Professor at the University of Perpignan, France, and has directed the marine biology laboratory.

Jean-Pierre Quignard is Honorary Professor at the University of Montpellier, France, where he manages the Mediterranean ichthyological laboratory. He is also a member of the Montpellier Académie des sciences et lettres and of the French Ichthyological Society. 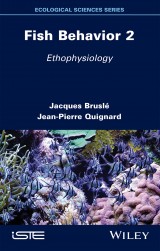