Thermal Radiation and Experimental Facts Regarding the Quantization of Matter 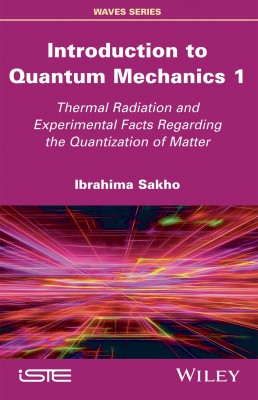 
The conception of lasers and optoelectronic devices such as solar cells have been made possible, thanks to the modern day mastery of processes that harness the interaction of electromagnetic radiation with matter.

This first volume is dedicated to thermal radiation and experimental facts that reveal the quantification of matter. The study of black body radiation allows the introduction of fundamental precepts such as Planck’s law and the energy-related qualities that characterize radiation. The properties of light and wave–particle duality are also examined, based on the interpretation of light interferences, the photoelectric effect and the Compton effect.

This book goes on to investigate the hydrogen atomic emission spectrum and how it dovetails into our understanding of quantum numbers to describe the energy, angular momentum, magnetic moment and spin of an electron. A look at the spectroscopic notation of the states explains the different wavelengths measured from the splitting of spectral lines.

Finally, this first volume is completed by the study of de Broglie’s wave theory and Heisenberg’s uncertainty principle, which facilitated the advancement of quantum mechanics.


Ibrahima Sakho is a Doctor of Physical Science, and works at the science and technology training and research unit at the University of Thiès (Senegal). On-site, he teaches quantum mechanics, atomic and nuclear physics, radiation–matter interaction, and environmental chemistry. 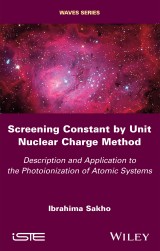