Information and the World Stage


From Philosophy to Science, the World of Forms and Communications 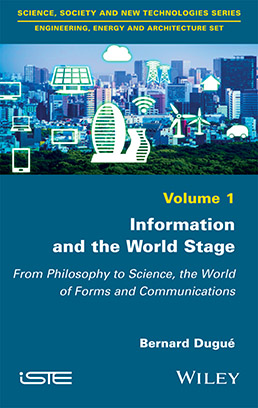 
Modern science is at a tipping point. A new page in the history of knowledge opens with the “information paradigm”, a notion which is gradually supplanting the old mechanistic vision inherited from Galileo and Newton.

The author presents an overview of the place of information and communications in our time, explaining some reasons for focusing on these two notions. All areas of knowledge are concerned: philosophy, social sciences, biology, medicine, as well as physics, the so-called “queen of sciences”, from quantum to cosmos.
Quantum dynamics is particularly decisive for thinking about the phenomena of matter while offering a lever to understand the functioning of elementary information in nature. The central scientific thesis of this essay is then developed: physics has two components, concerning “communications” and “arrangements”.

This book is intended for scientific scholars as well as those with just a general interest who are anxious to understand the major evolutions that are taking shape in fields of knowledge in the 21st Century.


1. A Presentation of the Paradigm of Information in the 21st Century.
2. Communication Influences the “Mechanisms” of the Living World and Society.
3. Form, Information and Content.
4. Mass, Charge, Gravity and Rays: Distinguishing Between the Two Kinds of Universal Physics.
5. From Objects to Fields, Reinterpreted Contemporary Physics and the Path Toward Quantum Gravity.
6. Physics in the 21st Century in Relation to Information and Arrangements.


Bernard Dugué is a writer-researcher and an engineer of the École Nationale Supérieure des Mines de Saint-Etienne, France. He holds PhDs in pharmacology and philosophy, and his research interests include a range of different subjects covering physics, life sciences, evolution, systemics and philosophy. 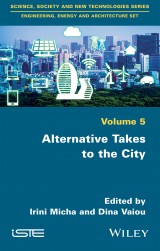 Alternative Takes to the City