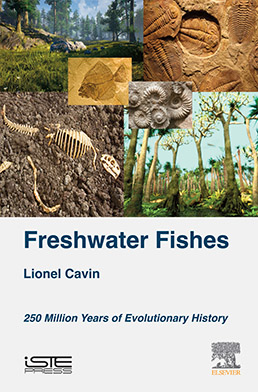 
With more than 15,000 species, nearly a quarter of the total number of vertebrate species on Earth, freshwater fishes are extremely varied. They include the largest fish species, the beluga at over 7 meters long, and the smallest, the Paedocypris at just 8 millimeters, as well as the carnivorous, such as the piranha, and the calm, such as the Chinese algae eater. Certain species evolve rapidly, cichlids for example, while others transform very slowly, like lungfish. The fossils of these animals are very diverse in nature, sometimes just small scattered bones where sites correspond to ancient river beds or magnificent fossils of entire fish where there was once a lake.

This book covers the history of these fishes over the last 250 million years by exploring the links between their biological evolution and the paleogeographic and environmental transformations of our planet, whether these be gradual or sudden.


Lionel Cavin is a paleontologist and curator at the Natural History Museum of Geneva in Switzerland. His research covers all aspects of the evolutionary history of Osteichthyes (bony fish), their anatomy, phylogenetics, paleobiogeography and paleoecology. 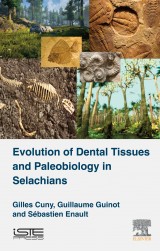 Evolution of Dental Tissues and Paleobiology in Selachians