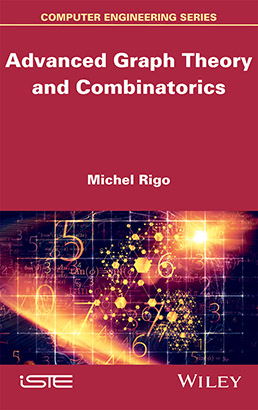 
Based on a course taught for more than ten years at university level, this book focuses on some of the main notions arising in graph theory, with an emphasis throughout on the possible applications of the theory and the fruitful links that exist with linear algebra.

Commencing with basic notions such as connectedness, Eulerian, Hamiltonian and planar graphs, it opens the way for a variety of applications. Many graph theory problems are computationally challenging. Therefore, a short chapter is devoted to complexity theory, and after a presentation of the chromatic polynomial and Ramsey numbers, the book highlights the important interplay between graph theory and linear algebra. Perron-Frobenius theory is then presented. With rational generating functions and powers of the adjacency matrix, counting walks in a directed multigraph is a recurrent topic of the book and is studied in great detail. Google’s PageRank is then covered in the final chapter of the book.

Every application of the theory is accompanied by fully worked examples and proofs, and supplemented by over 100 exercises throughout the book. This allows the student to gain a full and thorough understanding of advanced graph theory and its potential applications.


Michel Rigo is Full Professor at the University of Liège, Department of Mathematics, in Belgium, where he is also head of the Discrete Mathematics research group. His current research interests include combinatorics on words, formal language theory and number theory.