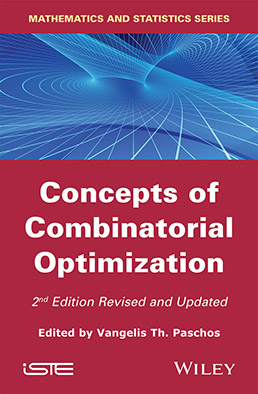 Combinatorial Optimization is a multidisciplinary field, lying at the interface of three major scientific domains: applied mathematics, theoretical computer science, and management studies. Its focus is on finding the least-cost solution to a mathematical problem in which each solution is associated with a numerical cost. In many such problems, exhaustive search is not feasible, so the approach taken is to operate within the domain of optimization problems, in which the set of feasible solutions is discrete or can be reduced to discrete, and in which the goal is to find the best solution. Some common problems involving combinatorial optimization are the traveling salesman problem and the minimum spanning tree problem.

Combinatorial Optimization is a subset of optimization that is related to operations research, algorithm theory, and computational complexity theory. It has important applications in several fields, including artificial intelligence, mathematics, and software engineering.

The three volumes of this series form a coherent whole. The set of books is intended to be a self-contained treatment requiring only basic understanding and knowledge of a few mathematical theories and concepts. It is intended for researchers, practitioners and MSc or PhD students.


Vangelis Th. Paschos is Exceptional Class Professor of Computer Science and Combinatorial Optimization at the Paris-Dauphine University and chairman of the LAMSADE (Laboratory for the Modeling and the Analysis of Decision Aiding Systems) in France.