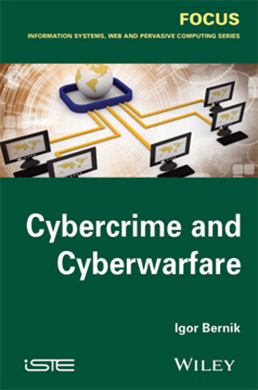 
In order to enable general understanding and to foster the implementation of necessary support measures in organizations, this book describes the fundamental and conceptual aspects of cyberspace abuse. These aspects are logically and reasonably discussed in the fields related to cybercrime and cyberwarfare. The book illustrates differences between the two fields, perpetrators’ activities, as well as the methods of investigating and fighting against attacks committed by perpetrators operating in cyberspace.

The first chapter focuses on the understanding of cybercrime, i.e. the perpetrators, their motives and their organizations. Tools for implementing attacks are also briefly mentioned, however this book is not technical and does not intend to instruct readers about the technical aspects of cybercrime, but rather focuses on managerial views of cybercrime. Other sections of this chapter deal with the protection against attacks, fear, investigation and the cost of cybercrime. Relevant legislation and legal bodies, which are used in cybercrime, are briefly described at the end of the chapter.

The second chapter deals with cyberwarfare and explains the difference between classic cybercrime and operations taking place in the modern inter-connected world. It tackles the following questions: who is committing cyberwarfare; who are the victims and who are the perpetrators? Countries which have an important role in cyberwarfare around the world, and the significant efforts being made to combat cyberwarfare on national and international levels, are mentioned.


Igor Bernik is Vice Dean for Academic Affairs and Head of the Information Security Lab at the University of Maribor, Slovenia. He has written and contributed towards over 150 scientific articles and conference papers, and co-authored 4 books. His current research interests concern information/cybersecurity, cybercrime, cyberwarfare and cyberterrorism.