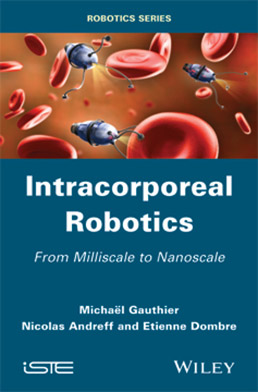 
A promising long-term evolution of surgery relies on intracorporeal microrobotics. This book reviews the principles and scientific challenges that have to be tackled to design and control robots able to manipulate objects within the body whose dimensions range from the micrometer scale up to the millimeter scale.
Three orders of magnitude are considered by the authors, justified by the class of problems encountered and solutions implemented to manipulate objects and reach targets within the body: millimetric, sub-millimetric in the 10-100 micrometer range, then in the 1-10 micrometer range. The most prominent devices and prototypes of the state of the art are described to illustrate the benefit that can be expected for surgeons and patients. Future prospects toward nanorobotics are discussed.

The Introduction discusses the scale effect and the principles of miniaturization as well the interest in robotic approaches for biomedical applications in both the millimetric and nanometric fields.

Chapters 1-3 include a discussion of the physical and methodological principles put into play at the scale considered, a description of the scientific issues regarding robotics and recent scientific results. They also include a presentation of devices from industry or academia which exist in the scale considered, in the fields of intracorporeal millirobotics, intracorporeal microrobotics, and in vitro non-contact mesorobotics.

Finally, the future prospects for biomedical robotics are discussed for the millimetric, micrometric and mesometric scales along the following three lines: prospective applications, scientific prospects, and prospects in miniaturization towards a nanorobotic biomedical reality.


Michaël Gauthier is a senior scientist at FEMTO-ST in Besançon, France. His research interests include the modeling of an object's behavior in the microscale (microworld), the study, modeling, and control of handling strategies dedicated to the microworld and the study of robotic microassembly of microcomponents about 1 to 100 micrometers in size.

Nicolas Andreff is Professor at FEMTO-ST in Besançon, France. He is currently working on developing a research activity on medical microrobotics.

Etienne Dombre is a senior scientist at LIRMM in Montpellier, France. His research interests include robot design and control and robotic systems for medical applications involving force control. 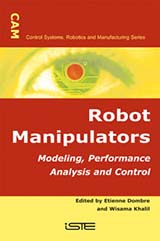 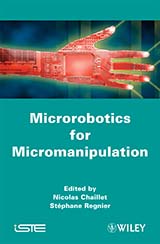 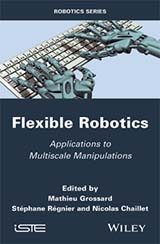