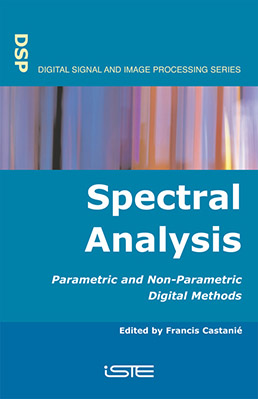 
In signal processing, the concepts of frequency, which are usually referred to as “spectral” concepts, are omnipresent. The transition from analog methods to the use of digital tools in spectral analysis was first achieved by simple adaptation of the classical analog tools which had previously been used for a long time. However, beyond the simple quest for methods with better frequency resolution, it has been possible to develop specific digital tools based on parametric modeling.

This book deals with these parametric methods, first discussing those based on time series models, Capon’s method and its variants, and then estimators based on the notions of sub-spaces. However, it also deals with the traditional “analog” methods, now called non-parametric methods, which are still the most widely used in practical spectral analysis, thus providing a comprehensive overview which will be of great interest to anyone involved in this subject.


Francis Castanié is the Director of the Research Laboratory Telecommunications for Space and Aeronautics (TeSA). He joined the CNRS Institut de Recherche en Informatique de Toulouse (IRIT) in 2002, where he heads the Signal and Communication Group.