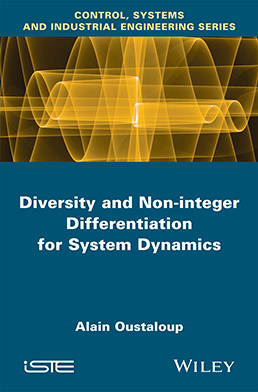 
Based on a diversity-structured approach which is notably inspired by various natural forms of diversity (biological among others), this book unquestionably offers a framework, on the one hand, to the introduction of non-integer differentiation (otherwise known as fractional differentiation) as a modeling tool and, on the other hand, to the use of such a modeling form to highlight dynamic performances (and notably of damping) unsuspected in an “integer” approach of mechanics and automatic control. The “non-integer” approach indeed enables us to overcome the mass-damping dilemma in mechanics and, consequently, the stability-precision dilemma in automatic control.
This book has been written so that it can be read on two different levels: the first chapter achieves a first level of presentation which goes through the main results while limiting their mathematical development; the five remaining chapters constitute a second level of presentation in which the theoretical passages, deliberately avoided in the first chapter, are then developed at the mathematical level, but with the same goal of simplicity which aspires to make this book an example of pedagogy.