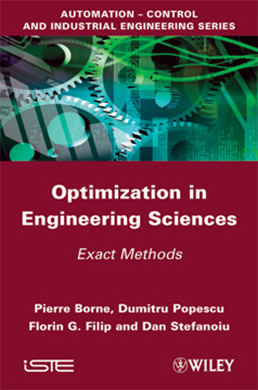 
The purpose of this book is to present the main methods of static and dynamic optimization. It has been written within the framework of the European Union project – ERRIC (Empowering Romanian Research on Intelligent Information Technologies), funded by the EU’s FP7 Research Potential program and developed in cooperation between French and Romanian teaching researchers. Through the principles of various proposed algorithms (with additional references) this book allows the interested reader to explore various methods of implementation such as linear programming, nonlinear programming – particularly important given the wide variety of existing algorithms, dynamic programming with various application examples and Hopfield networks. The book examines optimization in relation to systems identification; optimization of dynamic systems with particular application to process control; optimization of large scale and complex systems; optimization and information systems.