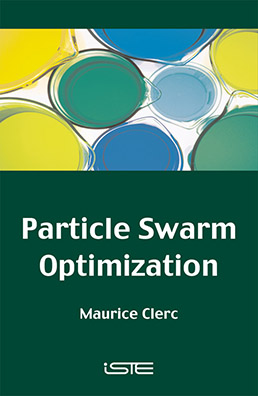 
This is the first book devoted entirely to Particle Swarm Optimization (PSO), which is a non-specific algorithm, similar to evolutionary algorithms, such as taboo search and ant colonies. Since its original development in 1995, PSO has mainly been applied to continuous-discrete heterogeneous strongly non-linear numerical optimization and it is thus used almost everywhere in the world. Its convergence rate also makes it a preferred tool in dynamic optimization. Particle Swarm Optimization explains the basic principles of the subject, particularly the concepts of particles, information link, memory and cooperation. Starting from a simple but efficient parametric version coded in a few lines, it shows how this can be gradually enhanced to lead to a fully adaptive version. All source programs are either included in the book or are downloadable for free.


Maurice Clerc is recognized as one of the foremost PSO specialists in the world. A former France Telecom Research & Development engineer, he maintains his research activities as a consultant for the XPS (eXtended Particle Swarm) project.