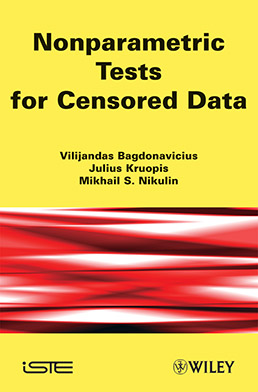 
Statistical analysis of data sets usually involves construction of a statistical model of the distribution of data within the available sample – and by extension the distribution of all data of the same category in the world. Statistical models are either parametric or non-parametric – this distinction is based on whether or not the model can be described in terms of a finite-dimensional parameter – and the models must be tested to ascertain whether or not they conform to the data, or are accurate.

This book addresses the testing of hypotheses in non-parametric models in the specific case of censored or truncated data samples. In particular, the applicability of standard tests to incomplete data sets is considered – for example the use of the chi-squared test for parametric accelerated failure time regression models, which are widely used in reliability, accelerated life testing, and survival analysis, is detailed.

Classical non-parametric tests (goodness-of-fit, homogeneity, randomness, independence) of censored data are considered, and explained. Tests featured include the chi-squared and modified chi-squared tests, rank and homogeneity tests, and most of the test results are proved, with real applications illustrated using examples. The incorrect use of many tests, and their application using commonly deployed statistical software is highlighted and discussed.

Theories and exercises are provided, making this book suitable for use in a one semester course in non-parametric statistics and tests.


Vilijandas Bagdonavicius is Professor of Mathematics at the University of Vilnius in Lithuania. His main research areas are statistics, reliability and survival analysis.

Julius Kruopis is Associate Professor of Mathematics at the University of Vilnius in Lithuania. His main research areas are statistics and quality control.

Mikhail S.Nikulin is a member of the Institute of Mathematics in Bordeaux, France. 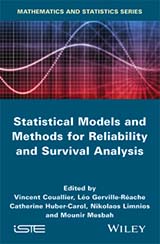 Statistical Models and Methods for Reliability and Survival Analysis