From Observation to Modeling


SCIENCES - Dynamics of the Continental Lithosphere 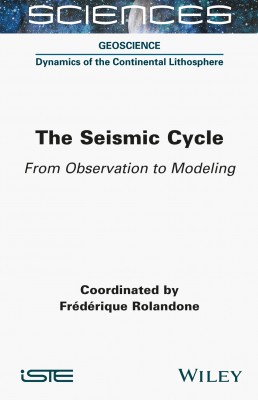 The Seismic Cycle uses many different tools to approach its subject matter, from short-term geodesic, such as GPS and InSAR, and seismological observations to long-term tectonic, geomorphological, morphotectonic observations, including those related to paleoseismology. Various modeling tools such as analog experiences, experimental approaches and mechanical modeling are also examined.

Different tectonic contexts are considered when engaging with the seismic cycle, from continental strike-slip faults to subduction zones such as the Chilean, Mexican and Ecuadorian zones. The interactions between the seismic cycle and magmatism in rifts and interactions with erosion in mountain chains are also discussed.


Frédérique Rolandone is Associate Professor at Sorbonne University, France, where she teaches both undergraduate and masters students. Her research focuses on the mechanics of faults and the seismic cycle based on the modeling of spatial geodesy measurements.