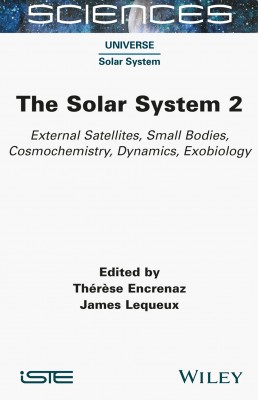 
This book presents a global and synthetic vision of planetology – the study of objects in the Solar System. In the past several decades, planetology has undergone a real revolution, marked in particular by the discovery of the Kuiper belt beyond Neptune, the discovery of extrasolar planets, and also by the space exploration of ever more distant objects. Today, it is at the crossroads of many disciplines: astronomy, geophysics, geochemistry and biology.

The Solar System 2 studies the outer Solar System: satellites and rings of giant planets, small bodies and dwarf planets. It also deals with meteorites and cosmochemistry, as well as the formation and dynamics of the Solar System. It addresses the question of the origin of life and extraterrestrial life, and presents all of the methods in the study of planetology.


Thérèse Encrenaz is an astronomer emeritus at CNRS and the Paris Observatory, France, specializing in planetary atmospheres. She has directed the Observatory’s Space Research Department.

James Lequeux is an honorary astronomer at the Paris Observatory, France. He has directed the Nançay Radio Observatory and the Marseille Observatory; he was also editor-in-chief of the Astronomy & Astrophysics journal. 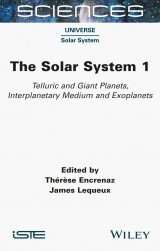