Physics of the Terrestrial Environment, Subtle Matter and Height of the Atmosphere 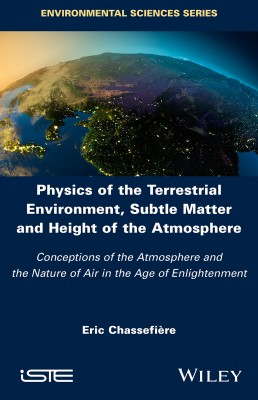 
The discovery, in the middle of the 17th century, of both the weight of air and the law governing its elasticity transformed the status of the atmosphere from that of a purely mathematical object to that of a complex and highly variable physical system.

In the context of rapidly intensifying experimentation and observation, the nature of the atmosphere was therefore the subject of a host of hypotheses, which 18th century scholars tried to reconcile with a coherent physical approach. In particular, this was achieved by the conceptualization of invisible or “subtle” materials, thought to be closely linked to atmospheric stratification.

Subtle matter was introduced, largely to reconcile contradictory results concerning the estimation of the height of the atmosphere. These estimations were based on different methods, mainly using the observation of meteors and the refracted and reflected light of stars.

Taking as its common thread the question of the height of the atmosphere, which was omnipresent in the texts at the time, this book traces the history of the discovery of the atmosphere and the many questions it generated.


1. Words Used to Describe the Atmosphere and Subtle Matter.
2. Refractive Matter.
3. Solar Matter.
4. Magnetic Matter.
5. Electrical Matter.
6. Subtle Air.
7. Results and Theories on the Height of the Atmosphere in the 18th Century.
8. Atmospheres of Earthly Bodies.


Eric Chassefière is a physicist and member of the SYRTE History of Astronomical Sciences Team, France. As Director of Research at the CNRS, he conducted most of his research on the study of non-terrestrial atmospheres through space observation and modeling. As a Professor at the École Polytechnique, he has led courses on the physics of the Earth and its atmosphere.