Concepts and Semantics of Programming Languages 1


A Semantical Approach with OCaml and Python 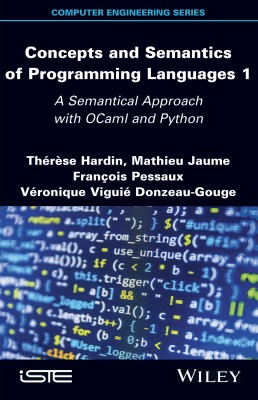 
This book – the first of two volumes – explores the syntactical constructs of the most common programming languages, and sheds a mathematical light on their semantics, providing also an accurate presentation of the material aspects that interfere with coding.

Concepts and Semantics of Programming Languages 1 is dedicated to functional and imperative features. Included is the formal study of the semantics of typing and execution; their acquisition is facilitated by implementation into OCaml and Python, as well as by worked examples. Data representation is considered in detail: endianness, pointers, memory management, union types and pattern-matching, etc., with examples in OCaml, C and C++. The second volume introduces a specific model for studying modular and object features and uses this model to present Ada and OCaml modules, and subsequently Java, C++, OCaml and Python classes and objects.

This book is intended not only for computer science students and teachers but also seasoned programmers, who will find a guide to reading reference manuals and the foundations of program verification. 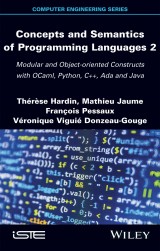 Concepts and Semantics of Programming Languages 2