The Gamification of Society 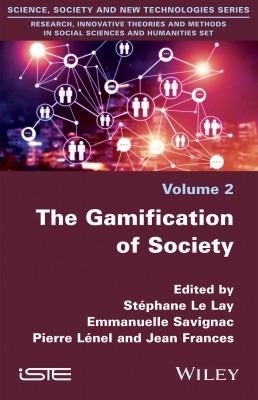 
The applications of gamification and the contexts in which game elements can be successfully incorporated have grown significantly over the years. They now include the fields of health, education, work, the media and many others. However, the human and social sciences still neglect the analysis and critique of gamification. Research conducted in this area tends to focus on game objects and not gamification’s logic as its ideological dimension.

Considering that the game, as a model and a reference, laden with social value, deserves to be questioned beyond its objects, The Gamification of Society gathers together texts, observations and criticisms that question the influence that games and their “mechanics” have on wider society. The empirical research presented in this book (examining designers’ practices, early childhood, political action, the quantified self, etc.) also probes several different national contexts – those of Norway, Belgium, the United States and France, among others.


Part 1. Theoretical Discussion and Empirical Examination of “Gamification”
1. Paradoxes of Gamification, Gilles Brougère.
2. Gamification and its Discontents: The Mechanics of the Game and the Question of the Game’s Operationality in Game Design Texts, Emmanuelle Savignac.

Part 2. Socialization Through Play
3. The Origins of the Gamification Process: The case of Pre-industrial Societies, Elisabeth Belmas.
4. Reward Chart for Using the Potty? Justifications and Criticisms of “Gamified” Child Rearing, Victoria Chantseva.

Part 3. Bodies and Subjectivities Involvement
5. Digital Engagement Technologies? The Interplay of Datafication and Gamification in Quantified Self Activities, Éric Dagiral.
6. The “Gamblification” of Life or the Extension of the Gambling Domain: Words from Passionate Gamblers in France and Belgium, Aymeric Brody.

Part 4. The Political and Social Extensions of Play Through Gamification
7. Politics and Video Games: Presidential Elections and the Gamification of Partisan Mobilizations, Éric Treille.
8. Datagames: Questioning About the Unproductive Criterion of Play, Julian Alvarez.


Stéphane Le Lay is a specialist in occupational health, a sociologist and a researcher at the Institut de Psychodynamique du Travail, France.

Emmanuelle Savignac is an anthropologist and senior lecturer at the Université de la Sorbonne Nouvelle and a researcher at CERLIS (CNRS) in France.

Pierre Lénel is an associate researcher in the Interdisciplinary Laboratory for Economic Sociology at CNAM-CNRS, France.

Jean Frances is a sociologist and senior lecturer at ENSTA Bretagne, France. 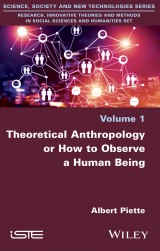 Theoretical Anthropology or How to Observe a Human Being