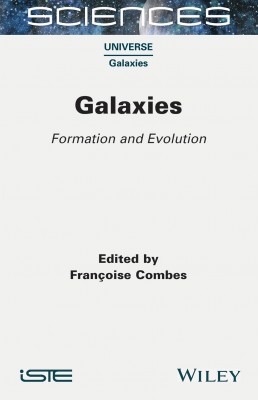 
Galaxies are vast ensembles of stars, gas and dust, embedded in dark matter halos. They are the basic building blocks of the Universe, gathered in groups, clusters and super-clusters. They exist in many forms, either as spheroids or disks. Classifications, such as the Hubble sequence (based on mass concentration and gas fraction) and the color-magnitude diagram (which separates a blue cloud from a red sequence) help to understand their formation and evolution. Galaxies spend a large part of their lives in the blue cloud, forming stars as spiral or dwarf galaxies. Then, via a mechanism that is still unclear, they stop forming stars and quietly end in the red sequence, as spheroids. This transformation may be due to galaxy interactions, or because of the feedback of active nuclei, through the energy released by their central super-massive black holes. These mechanisms could explain the history of cosmic star formation, the rate of which was far greater in the first half of the Universe’s life.

Galaxies delves into all of these surrounding subjects in six chapters written by dedicated, specialist astronomers and researchers in the field, from their numerical simulations to their evolutions.


Françoise Combes is a Professor at Collège de France on the Chair of Galaxies and Cosmology. She is a specialist of galaxy evolution through bars and spiral waves, and has uncovered dynamical mechanisms to fuel central black holes in active galaxy nuclei.