From Clouds to the Brain


The Movement of Electricity in Medical Science 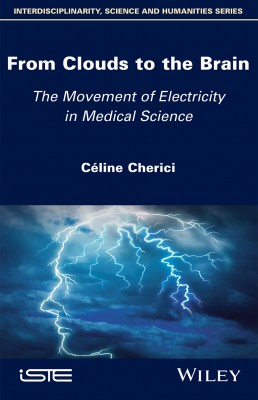 
In From Clouds to the Brain, a historical and epistemological journey is retraced. The focus of this book is the history of medical electricity, and it is this journey that is explored, accompanied by a look at electricity’s medical effects on the body, up to and including the center of the human brain.

Although this history of explorations and brain simulation may seem recent, we can broaden the scope of this investigation further and take into account the philosophical, scientific and technical roots of medical electricity of the 18th Century.

In this book, the research on the effects and applications of electricity on the body, the brain and living things has been collected and correlated, in order to show the connections between these fields.
A fairly long period, from the 18th to the 21st Century, is studied, focusing the epistemological analysis around the correlations between electricity and the human brain. This book also demonstrates and highlights the fact that we can find representations of an electrical culture, applied to the human body, as early as 1777.


1. The Birth of an Electrical Culture: From Frankenstein to Hyde.
2. From Physics to Electrifying Physicists.
3. Controversial Electricity Applications.
4. Animal Electricity: Between Medicine and Physiology.
5. Between Electrotherapy Rooms and Laboratories: Specializing Electricity.
6. Disorders and Resurgences of Electrical Neurostimulation Therapies: From Heath to Deep Brain Stimulation.


Céline Cherici is a lecturer in History and Philosophy of Medicine at the University of Picardy Jules Verne and a Member of the Centre d’Histoire des Sociétés, des Sciences et des Conflits in France. Her research interests are focused on the history of neuroscience and particularly on periods ranging from the 18th Century to modern day topics.