Digitalization of Society and Socio-political Issues 2 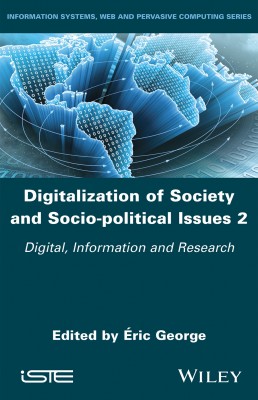 
Digitalization is a long socio-historic process in which all areas of society’s activities are reconfigured.

In the first volume of Digitalization of Society and Socio-political Issues, there is an examination of the transformations linked to the development of digital platforms and social media which affect cultural and communicational industries. The book also analyzes the formation of Big Data, their algorithmic processing and the societal changes which result from them (social monitoring and control in particular). Through diverse critical reflections, it equally presents different ways that digital participates in relations of power and domination, and contributes to eventual emancipatory practices.

Following on, the second volume examines the transformations that are linked to digital practices that affect the production, circulation and consumption of information, as well as new forms that are taken by social mobilizations. It treats several important issues in the digital era that are more likely to become the subject of public debates, among which one can include the renewed relationship between research and digital. Through diverse critical reflections, it equally presents different ways that digital participates in relations of power and domination, and contributes to eventual emancipatory practices.

Part 3. Digital: Some Major Issues to Conclude
12. Transparency, the Public’s Right to Information versus Security and State Secrecy in the Digital Age, Ndiaga Loum.
13. Information Commons and the Neoliberal State, Lisiane Lomazzi.
14. Digitalization of Society: Elements for an Ecology of Solicitation?, Dominique Carré.
15. What is the Concept of Humanities in Francophone Digital Humanities? Christophe Magis.
16. The Digital Humanities as a Sign of Their Time, Luiz C. Martino.


Éric George is Full Professor at the School of Media Studies (Faculty of Communication) at the Université du Québec à Montréal (UQAM), Canada, and Director of the Center for Interuniversity Research on Communication, Information and Society (CRICIS), Canada. 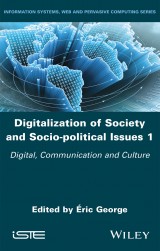 Digitalization of Society and Socio-political Issues 1