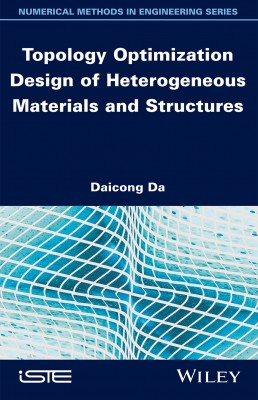 
This book pursues optimal design from the perspective of mechanical properties and resistance to failure caused by cracks and fatigue. The book abandons the scale separation hypothesis and takes up phase-field modeling, which is at the cutting edge of research and is of high industrial and practical relevance.

Part 1 starts by testing the limits of the homogenization-based approach when the size of the representative volume element is non-negligible compared to the structure. The book then introduces a non-local homogenization scheme to take into account the strain gradient effects. Using a phase field method, Part 2 offers three significant contributions concerning optimal placement of the inclusion phases. Respectively, these contributions take into account fractures in quasi-brittle materials, interface cracks and periodic composites.

The topology optimization proposed has significantly increased the fracture resistance of the composites studied.


Daicong Da is a research associate in the Mechanical Engineering department at the University of Wisconsin-Madison, USA. His research interests cover structural topology optimization and its applications.