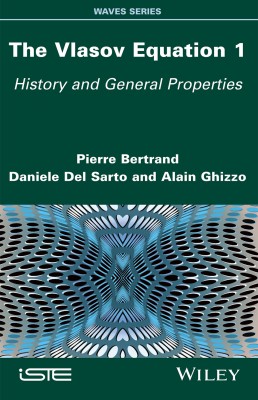 
The Vlasov equation is the master equation which provides a statistical description for the collective behavior of large numbers of charged particles in mutual, long-range interaction. In other words, a low collision (or “Vlasov”) plasma. Plasma physics is itself a relatively young discipline, whose “birth” can be ascribed to the 1920s. The origin of the Vlasov model, however, is even more recent, dating back to the late 1940s. This “young age” is due to the rare occurrence of Vlasov plasma on Earth, despite the fact it characterizes most of the visible matter in the universe.

This book – addressed to students, young researchers and to whoever wants a good understanding of Vlasov plasmas – discusses this model with a pedagogical presentation, focusing on the general properties and historical development of the applications of the Vlasov equation. The milestone developments discussed in the first two chapters serve as an introduction to more recent works (characterization of wave propagation and nonlinear properties of the electrostatic limit).


Pierre Bertrand is Emeritus Professor at the University of Lorraine, France. He has been working for more than 50 years in various fields of theoretical physics, and numerical simulation involving plasma physics, quantum mechanics, signal theory and fluid mechanics.