Interactions between Hydrodynamic and Biology 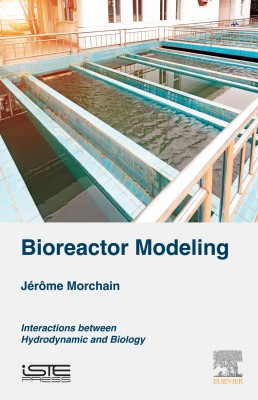 
Dynamic simulation of bioreactors is a challenge for both the industrial and academic worlds. Beyond the large number of physical and biological phenomena to be considered and the wide range of scales involved, the central difficulty lies in the need to account for the dynamic behavior of suspended microorganisms.

In the case of chemical reactors, knowledge of the thermodynamic equilibrium laws at the interfaces makes it possible to produce macroscopic models by integrating local laws. Microorganisms, on the other hand, have the ability to modulate the rate of substrate assimilation. Moreover, the nature of the biochemical transformations results from a compromise between the needs of the cell and the available resources.

This book revisits the modeling of bioreactors using a multi-scale approach. It addresses issues related to mixing, phase-to-phase transfers and the adaptation of microorganisms to variations in concentration, and explores the use of population balances for the simulation of bioreactors.

By adopting a multidisciplinary perspective that draws on process engineering, fluid mechanics and microbiology, this book sheds new light on the particularity of bioprocesses in relation to physical and chemical phenomena.


Jérôme Morchain has been a process engineer and a lecturer at INSA Toulouse in France since 2003. He conducts research on the modeling of biological reactors at the Biosystems and Process Engineering Laboratory (LISBP).