Short- and Long-term Models and their Validation 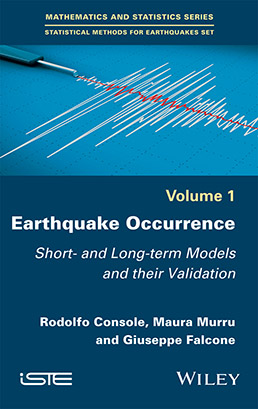 
Earthquake Occurrence provides the reader with a review of algorithms applicable for modeling seismicity, such as short-term earthquake clustering and pseudo-periodic long-term behavior of major earthquakes. The concept of the likelihood ratio of a set of observations under different hypotheses is applied for comparison among various models.

In short-term models, known by the term ETAS, the occurrence space and time rate density of earthquakes is modeled as the sum of two terms, one representing the independent or spontaneous events, and the other representing the activity triggered by previous earthquakes. Examples of the application of such algorithms in real cases are also reported.

Dealing with long-term recurrence models, renewal time-dependent models, implying a pseudo-periodicity of earthquake occurrence, are compared with the simple time-independent Poisson model, in which every event occurs regardless of what has occurred in the past.

The book also introduces a number of computer codes developed by the authors over decades of seismological research.


1. Seismicity and Earthquake Catalogues Described as Point Processes.
2. The Likelihood of a Hypothesis.
3. The Likelihood for a Model of Continuous Rate Density Distribution.
4. Forecast Verification Procedures.
5. Applications of Epidemic Models.
6. Long-term Earthquake Occurrence Models.
7. Computer Programs and Examples of their Use.


Rodolfo Console began his activity as seismologist in the Italian National Institute of Geophysics in 1968. Formally retired in 2004, he is still involved in research on statistical seismology, publishing more than 100 papers on international peer-reviewed journals. 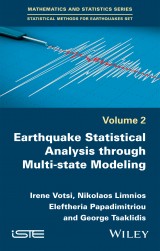