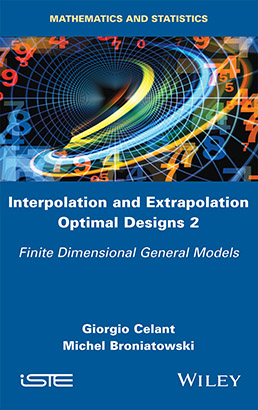 
This book considers various extensions of the topics treated in the first volume of this series, in relation to the class of models and the type of criterion for optimality. The regressors are supposed to belong to a generic finite dimensional Haar linear space, which substitutes for the classical polynomial case. The estimation pertains to a general linear form of the coefficients of the model, extending the interpolation and extrapolation framework; the errors in the model may be correlated, and the model may be heteroscedastic. Non-linear models, as well as multivariate ones, are briefly discussed.

The book focuses to a large extent on criterions for optimality, and an entire chapter presents algorithms leading to optimal designs in multivariate models. Elfving’s theory and the theorem of equivalence are presented extensively. The volume presents an account of the theory of the approximation of real valued functions, which makes it self-consistent.


Giorgio Celant is Associate Professor in the Department of Statistical Sciences at the University of Padua in Italy, and has lectured on Optimal Designs for many years.

Michel Broniatowski is Full Professor in Theoretical and Applied Statistics at University Pierre and Marie Curie in Paris, France, and Vice-Chairman of the Statistics Department. 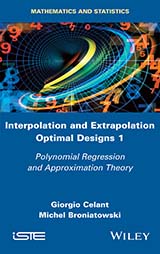